Taken for a Ride

Normally I try to avoid taking taxis and stick to buses. Not only do I not like to spend the extra money I never know what kind of driver I’m going to get. I have had some pleasant experiences, like with the driver who offered a piece of his birthday cake or the one who discovered I was friends with his relative, but I’ve also met some dishonest cabbies. So when I was recently late for an appointment I warily flagged down a cab. 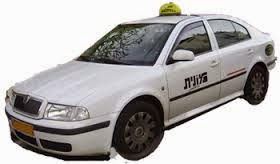 Once I settled in the back seat of the car the driver proceeded to sit still in traffic. It wasn’t his fault. That’s the way it can happen in Jerusalem. I told him I was running late and suggested an alternate route. He agreed it was a good idea and made a turn as soon as he could. Besides that we didn’t converse. It was peacefully quiet in the taxi until his cell phone rang.

He had an ear piece and could keep both hands on the steering wheel while he talked to his heart’s content. He spoke rapid Arabic so I had no idea what he was saying.

When the driver hung up, though, he threw a question over the seat at me.

“Do you know who I was talking to?”

“No,” I replied. How was I supposed to know?

“To my sister I’ve never met.”

“Yes, we don’t have the same mother. She’s in Syria. Our father has two wives.”

“Really?” He had my interest. “Do you want two wives?”

He shook his head emphatically. “I’ll meet my sister soon. She’s leaving Syria and on her way here.”

“Yes and her mother’s dead. Killed in the war.”

I shook my head sympathetically. “Why do people join ISIS?”

“They don’t even speak Arabic,” he informed me. “On the TV they speak English or French.”

“Really?” I repeated but I’d run out of steam and didn’t want to keep the conversation going.  Just a few minutes later I was at my destination.

“Sixty-five shekels!” I exclaimed. We’d been stuck in traffic but not for that long.

“Yes, see,” he pointed to the receipt tape to the left of his steering wheel.

“I can’t see that far,” I informed him and sat forward in my seat as he held up the meter. Sure enough, it read sixty-five shekels. However, by then I was close enough to see the receipt tape. I read it aloud to him: “Fifty-two and a half shekel.” Then I added, “I need the receipt.”

He mumbled something and made a suggestion. “How about if I charge you less and don’t give a receipt?”

“How about,” I tried to keep the anger out of my voice, “you be honest and charge me the true price and also give me a receipt.”

He didn’t have much of a choice and I handed him a hundred shekel bill and three one shekel coins.

He handed me back a fifty.

“What about my half shekel?” I demanded, not interested in giving him the slightest tip.

He gave me the coin and the receipt. As I trashed the receipt I wondered if any of his story had been true.

Next time I think I’ll stick with the bus.

loved this story. some wonderful stories have been brought over by r. nechama leibovitz a"h and r. chanoch teller during their shiurim. you're in good company!:-)

oops, i meant wonderful stories ABOUT CONVERSATIONS WITH TAXI DRIVERS have been brought over...