Although most of us groan at the thought of Pesach cleaning there are some big benefits to doing it. The biggest one, in my opinion, is finding some of those precious items I lost over the course of the previous year. This year I had high hopes of finding my missing ring. That didn’t happen. What I did find shocked me.


The night proceeding Bedikat Chometz was when I emptied my backpack so I could wash all the Chometz out of it. 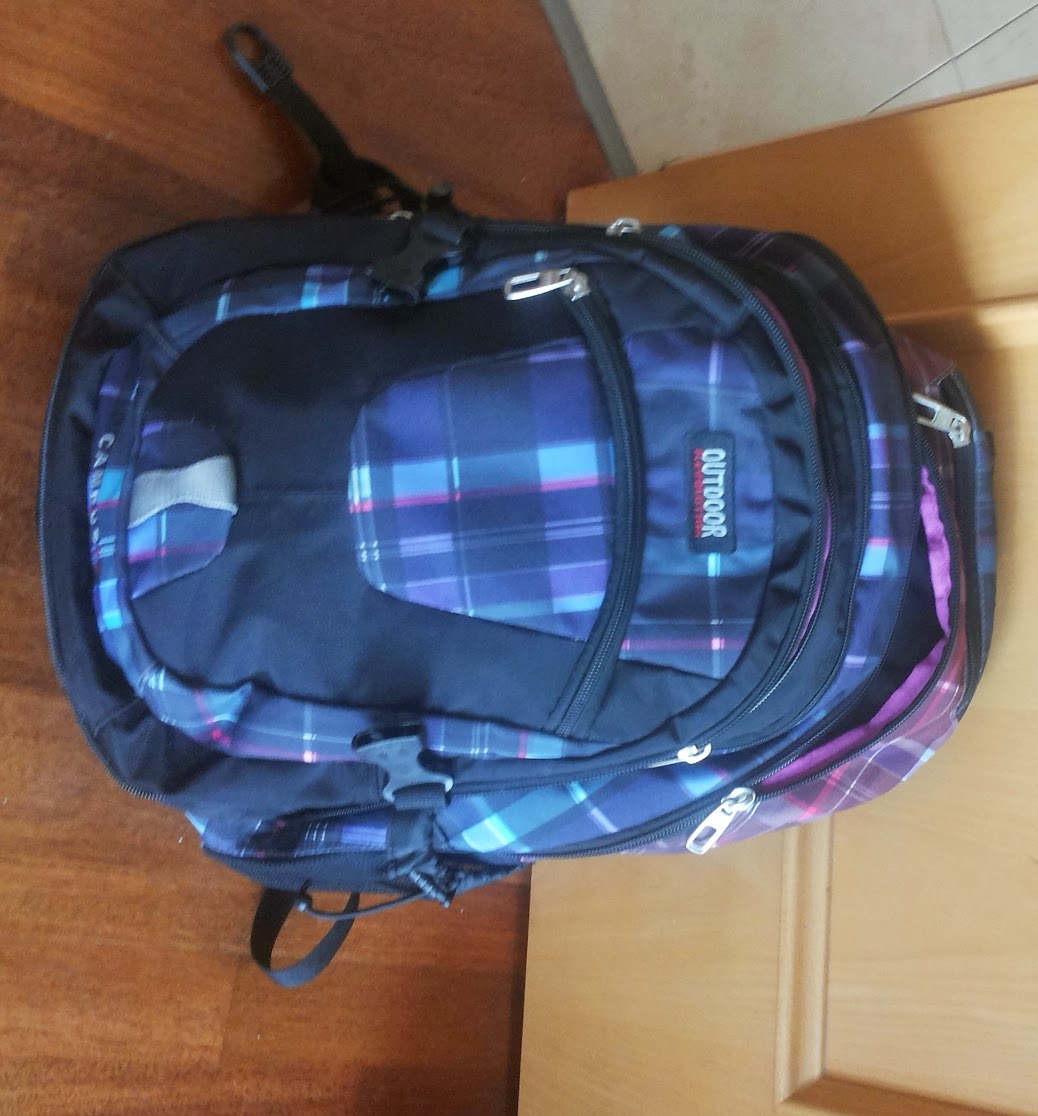 This backpack serves me for all my trips to Jerusalem. It holds my prayer book when I go to the Kotel and my written pages when I go to my writing class. I always stuff it full of books, snack food, and, of course, my water bottle. When I wander through downtown Jerusalem it holds my purchases, anything from canned salmon and paper plates to a new blouse or a toy for a grandkid.

As I emptied it I pulled out my notebook full of notes from a Torah class, a full package of tissues, several plastic bags, and then shook out a number of breadcrumbs.  It was ready to be thrown in the wash. As I started to toss it in, though, I realized it was heavier than an empty backpack should be. I felt something hard in a rectangular shape towards the bottom of it. Puzzled I looked through the compartments but they were empty. Suddenly I noticed a hidden pocket and inside it was a wallet. Not just any wallet but the wallet I had reported stolen six months earlier.*
If anyone had seen me pull that wallet out of the backpack they probably would have told me to sit down and brought me something sweet to drink. The color drained from my face and I felt shaky as I tried to come to terms with what I had just discovered. How in the world had that wallet been concealed inside my backpack for six months without me knowing about it? Why hadn’t I discovered it on the day of the supposed robbery when I dumped the contents out three or four times? Maybe I was too upset to find it but what about my friend or my husband who also each dumped out the contents?
As I opened it and saw my driver’s license, miniature prayer book, and various other missing items I felt as if I was seeing a ghost. Could it be that my wallet was there all this time? I unfastened the money pocket and was stunned to find one thousand shekels neatly tucked in. How could so much money be there? On the police report I had claimed my wallet held seven hundred shekels. Where did the additional three hundred come from? Had I been mistaken?  Or, could the thief, belatedly feeling regret, have made a peace offering by adding money to my wallet and recently, somehow, slipped it back into my backpack unnoticed?
I don’t think I’ll ever have an answer to those questions. All I know is that HaShem wanted me to find my wallet, with or without extra money, right before Pesach and not six months earlier. Like always I’m sure He’s trying to teach me a lesson. When I think how emotional I was when I found my wallet I am reminded of others finding far bigger things.

Recently I heard a story on Shabbat from a guest at my table that I can’t get out of my mind. Being that I only heard it once I’ve taken poetic license with it but the essence of the story is what’s important.
The guest, whom I’ll call Michael, moved to Israel several years ago following his divorce. Three of his sons had made Aliyah years earlier, were married with families, and fully acclimated to life in Israel. Michael settled in Jerusalem and usually travelled to one of his boys for Shabbat. For them, visiting him was easier on a weekday.
So it was that they found themselves together one afternoon wandering around one of Jerusalem’s old neighborhoods.  It was time for mincha, the afternoon service, and they chose a quaint, old synagogue in which to pray. Michael found a seat towards the front of the shul and his sons stayed in the back. It was at the end of the service that Michael’s youngest son tapped on his father’s shoulder.
“There’s an old man here who looks just like Zaydie?”
“Really?” Michael was surprised. His ex-father-in-law had died two years earlier.
“Yeah, Daniel’s talking to him. Come.”
Intrigued Michael made his way to the back of the shul. Indeed the resemblance between this man and his children’s grandfather was remarkable. What was even more remarkable was the conversation between the old man and his sons. It was in Hebrew and the four of them spoke excitedly and too quickly for Michael to understand anything but Daniel was a willing translator.
“He’s from the same neighborhood in Budapest as Zaydie. Wait! He has the same last name! His parents were Chenia and Sholom. Those were Zaydie’s parent’s names, right?”
Michael nodded his head enthusiastically and with a couple more questions and answers it was clear to his sons that this man was their great-uncle. The old man turned pale. Michael urged him to sit down and Daniel sprinted to bring him a cup of tea with sugar.
In just a few minutes the man regained his equilibrium. “Tell me about my brother,” he demanded.
“He died thinking you were murdered by the Nazis,” Michael told him softly. “We heard so many stories about you.”
“But he made himself a good life?” The old man demanded.
“A very good life,” Michael nodded spreading his hands to his sons. “How about you?”
The old man also nodded. “I have four children, twenty-three grandchildren, and I just had my sixtieth great-grandchild. My revenge on Hitler!”  He smiled and the others smiled with him.
I have no idea why HaShem had this old man wait to discover his missing family until after his brother had died. Just as when I found my wallet I’m sure He had good reasons. Someday we’ll understand them.
*see I Was Robbed, 9-18-14

I found a tiny earring cleaning for Pesach this year. It isn't as valuable as yours or that man's, but I had no idea it was home.