To Drug or Not To Drug: A Short Story 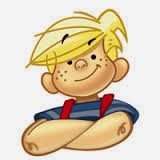 Growing up Malka had always been the smallest girl in her class. Maybe that’s why she was so assertive. All those years of trying to prove that she was as mature or competent as any of the others had left their mark. Now, as a married woman and mother of six, her diminutive frame and round baby-face belied her forty-two years.
As she moved the seat of her mini-van forward she glanced into the car’s mirror and was pleased with her reflection. Quickly she readjusted the hat covering her hair and stuck the key into the ignition. It would be a long trip to the Negev but she was as capable as her husband was to make the drive. Just, it was such a shame that he and the girls would miss out. Of course, it wasn’t like they were missing the swearing-in. This was just a minor graduating ceremony.
She hadn’t told Avi that she was definitely coming and she could imagine his pleasure when he saw her. First his eyes would brighten, then there’d be a smile, and then, without embarrassment, he’d give her a big hug. Malka was pleased that he’d never been embarrassed, even as a teenager, to show his affection to his parents. Of course, it seemed Avi never got embarrassed by anything.

Congratulations! This post has been selected as one of the finest of the Jewish world this week in Haveil Havalim, the Yikes-it's-Yitro edition, over at Adventures in AliyahLand.