She Spent Her Wedding Night With Two Hundred and Twenty One Men: A True Love Story (some facts have worn thin with time)

She was a nursing student, an orphan with eight siblings to look out for her. He was a World War Two veteran, a refugee from Nazi Germany. They met at a picnic organized by the Jewish community for young adults. Two different women always claimed that they were the ones who had introduced the couple. It didn’t matter who was the one. What mattered was that they met each other. There was a courtship and then an engagement.

By then She had finished nurses’ training and signed up for the United States Army Nurse Corp. She was supposed to be sent to Fitzsimons Hospital in Denver. He was established in Wichita, Kansas, working for a cousin in a men’s clothing store. She was not sure what to do, torn between her dream of being an army nurse and her desire to be close to her man.

“Go, do your service,” He told her. “Otherwise you will always wonder what you gave up for me.”

She heeded his advice until the Korean War broke out several months later. Hearing the news, He took a week off work, boarded the all-night train to Denver, and was at the hospital first thing in the morning.

“We have to get married before they ship you overseas,” He told her.

As much as She enjoyed being an army nurse She had no desire to see Korea. She was ready to get married but would they be able to get a wedding together in just a week? It certainly wasn’t going to be the wedding She had envisioned as a young girl. Her father wouldn’t be there to take her down the aisle. In fact, there would not be any aisle. The rabbi was on vacation and would be returning only Thursday night. He could marry them in his study Friday morning.

There was no time to alter her sister-in-law’s wedding dress that She had planned to wear. Instead She bought a white tea gown that She didn’t particularly like. Later She would dye it black for an evening dress. 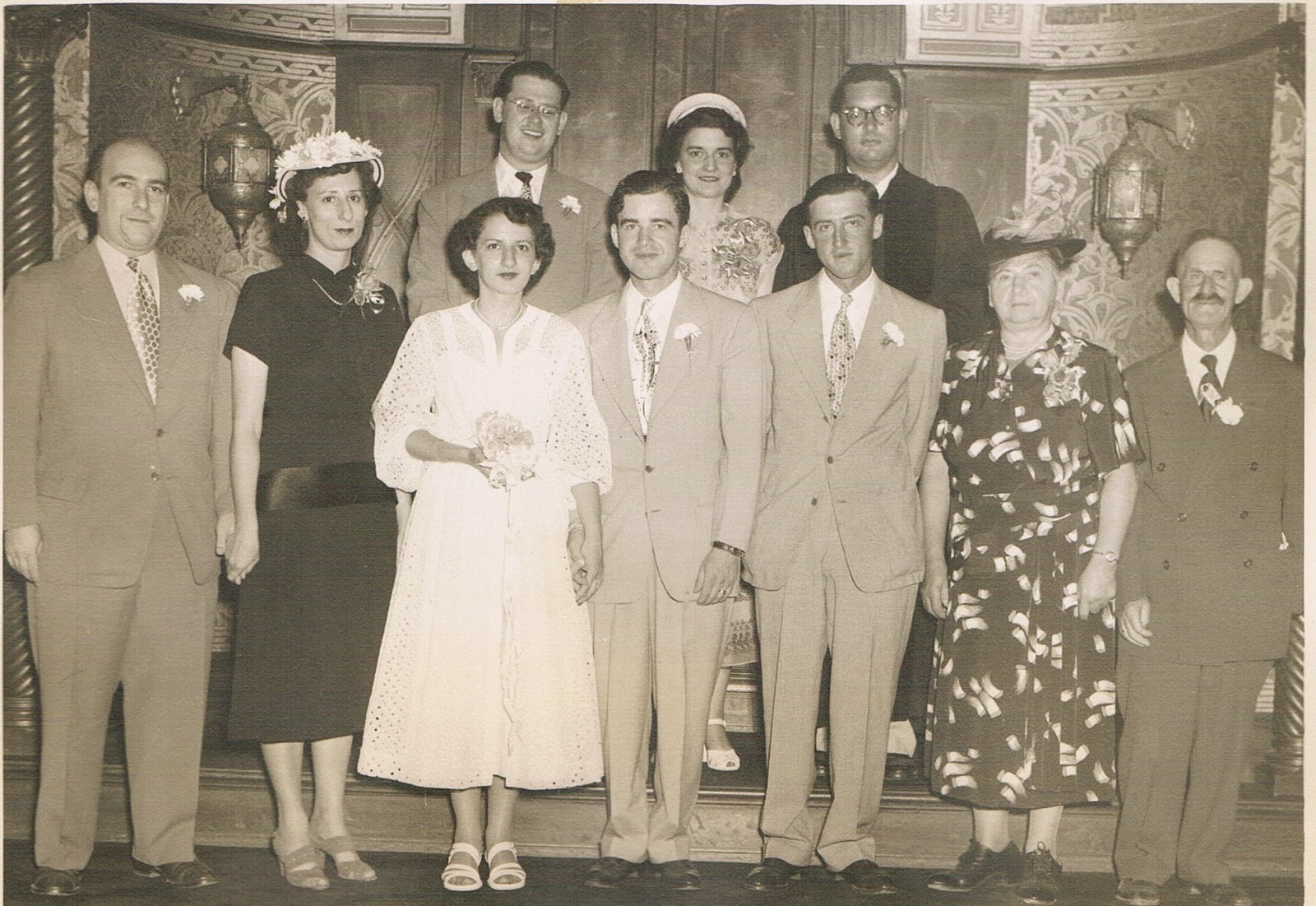 Out of all their family, only his parents and brother and her sister and brother-in-law were able to come to the wedding with such short notice. Over a dozen telegrams from the others arrived in Denver to express their good wishes. It was not the same as having them there in the flesh.

Although, She really wanted to marry him She spent much of that week shedding tears of frustration and disappointment. The final blow came from her head nurse.

“No,” the battle- axe told her. “You can’t have Friday evening off. You’re on the roster for night duty.

“Marjorie is willing to work in my place.”

“Marjorie is working Sunday night and we are not making any changes.”

“But, but, I’m getting married Friday.”

“That does not concern the running of this floor,” the head nurse spoke in clipped tones. "If the army had wanted you to have a husband, they would have issued you one when you enlisted."

“I can work in her place.” Brenda had overheard the conversation.

“I did not ask for your input,” the head nurse glared at Brenda.

“You,” she stared at the bride-to-be, “will be on the floor at seven pm precisely or you will be disciplined. Is that understood?”

For the first time the bride-to-be noticed that the head nurse’s hand was devoid of a wedding band. She nodded meekly and burst into tears.

There was no choice in the matter. The head nurse had told her She had to work but she hadn’t told her She could not bring anyone with her. He came along and helped her take care of the two hundred and eighteen men in the ward. Two kind orderlies kept watch for the head nurse. Every time they caught sound of her footsteps they hid him in the broom closet.

Several weeks later She was discharged from the army as a married woman. Several days after that all the nurses who were still in the army had their leaves frozen and were shipped overseas.

From such a difficult beginning they built a very successful marriage. I know because I am their daughter. When almost fifty years passed I began planning a fiftieth anniversary celebration for them. Relatives from all over would attend. It would make-up for the teeny-tiny reception they had had a half century earlier.

However, just as I was sitting down to address the invitations my father called and told me my mother was in the hospital. There would probably not be a party. Indeed, she died a month later, six days shy of their wedding anniversary, three days before the planned party. Many friends and relatives who had planned to attend the party were now in attendance at her funeral. As sad as it was, it was a testament to her life, rather their life, the life they had built together. That was something to be thankful for.

Ester, your mother said that her head nurse told her "If the army had wanted you to have a husband, they would have issued you one when you enlisted!"
She was not a sympathetic woman!
I remember hearing this story. Thank you for sharingl

Esther, I never heard that line before but it is a GREAT one.I will edit the story and add it. Thank you.

They did a wonderful job raising you.

Another wow! Thanks, Batya

Stories of your parents bring back such wonderful memories. Love it! Such a different time it was, when marriage meant more than a showy wedding day.

So true, Janet. Thank you for commenting.

Shimona from the Palace said...

That was very moving.
Somehow, although I don't know you personally and, unlike some of your friends, have not heard this story before, I knew instinctively, right from the start, that it was your parents you were writing about.
The end brought tears to my eyes.

It seems like I compiled this Havel Havelim ages ago, but you should still know that this post is included.

Now that we know that the boys were murdered, we must comfort the families and friends.