When my children were babies and they cried I fed them. If that didn’t work I’d take them for a walk. And if that didn’t work either, I would decide that they were tired and put them to sleep. In other words I solved their problems which is what a mother is supposed to do for a baby. 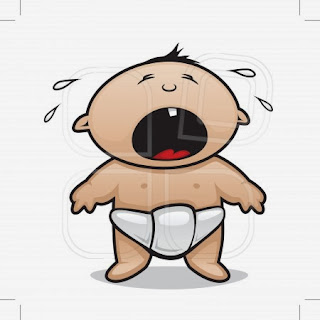 When my children were toddlers and they cried I would kiss their hurts and sometimes put on a Band-Aid. If that didn’t work I would try apple juice or a snack. And if that didn’t work either, I would decide that they were tired and put them to sleep.  Again I was solving their problems which was what I thought a good mother should do. 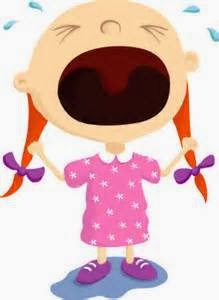 When they got big enough to go to school and they cried I would ask them what was wrong. If they told me I would try to find a solution for their tears. Somewhere between first grade and high school I learned that they needed to learn to solve their problems on their own. Now they are all grown up, some with children, and I am still struggling with learning to let go.

Most recently I was challenged when my oldest daughter’s twins were thirteen days old and the younger one had a fever. Initially, in my humble opinion, I handled the situation very well. Erev Shabbat the baby and his mother were stuck in the hospital for tests, observation and, we prayed, just a short stay. My son-in-law and his mother were ready to take care of the older twin. We had the privilege of having the big brother, almost two and miserable with a fever, as our honored Shabbat guest.
Thankfully our grandson woke up well Shabbat morning and we had a delightful day with him. As soon as the stars came out Saturday night the phone calls began.  Things were looking good at the hospital. We took our grandson back to his father and fully expected everyone would be home the following afternoon or Monday morning at the latest. I would be able to have a normal day Sunday.
I was on the train in Jerusalem Sunday morning when I spoke to my daughter. She did not have good news. The older twin had slept eleven hours the night before and woke up with fever. Now he and his father were in the emergency room but soon he would be admitted and become his twin’s roommate. My daughter knew her oldest son needed to see his mother and she wanted to be home in the afternoon to get him from daycare. Could I come help her husband out at the hospital in the afternoon?
Of course I could come help out. That’s what mothers are for! I caught the next bus back to Shilo, packed up food for the hospital, and was ready to leave as soon as my husband left work early. At this point I was no longer handling the situation well. I was concerned. I was worried. I was feeling sorry for my daughter, my son-in-law, my grandsons, and, I’m embarrassed to admit, myself. I was concerned and worried and therefore irritable and short-tempered.
Somehow, being at the hospital calmed me down. Maybe it was seeing that the babies were looking good despite the IVs. Perhaps it was because I felt I was doing something constructive as I changed diapers and fed bottles. Whatever the reason I calmed down and was pleasant to my husband.
My composure lasted for a good sixteen hours until I talked to my daughter.  I found out she was alone at the hospital and would stay that way until evening. My personal driver, my husband, was not available to take me to her. Public transportation to this particular hospital from Shilo was so complicated that I would be able to get there only in time to turn around and go home. I was beside myself with anxiety. I was tense. I felt guilty. I could have used some intense emotional therapy.
Instead I knew I had to do some serious soul searching. First of all, I reminded myself that my daughter was not totally alone. The hospital was full of staff who, although overworked, could lend a helping hand if truly needed. I remembered that we had weathered well over a half a dozen hospital stays with children since we had moved to Israel. Not once had we had a mother around to take a shift and we had survived. I came to realize that it was pure arrogance to think that just by me going to the hospital all problems would be solved. Finally, I remembered my belief system. HaShem is in charge. He knows what He is doing. He made this situation for my daughter for a reason. I should be as supportive as I could. However, I could not solve my daughter’s problems for her. She is an adult, and thankfully, a capable one.
Two days later the babies were released from the hospital. They are home now gaining weight and developing.  And I learned well my lesson to let go. At least until the next time.

When I think of all the things I had to do on my own, while my daughter has me, my husband, her mother-in-law and siblings to help when needed. And I wasn't totally alone once we moved to Shiloh. The neighbors here are fantastic.
You raised your kids well. They know how to manage when needed.

Thank you, Batya. You're right, we have "family" in Shilo.

This post has been included in Shiloh Musings: Plenty to Read in This Jewish Blog Stew of Havel Havelim and Kosher Cooking Carnival.

Please let the world know, read and share, thanks.

i can definitely relate to this in all its stages.