Many years ago when my children were young I remember standing at a Jerusalem bus stop with my six-year-old. We had spent a tiring morning in town and were anxiously waiting for the number 148 bus, the bus that would take us home to Shilo. Finally a number 148 did approach and my son was eager to climb aboard. However, this bus was not a red Egged, Israeli bus, but rather an Arab one. 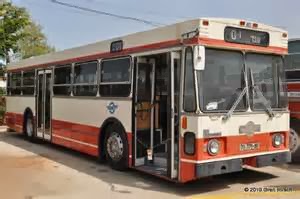 So I restrained my son, explaining the bus was not for us, rather for Arabs.

“That’s not fair,” he exclaimed. “They can ride our buses and we can’t ride theirs!”


I did not want to tell him that it was unsafe for two people as obviously Jewish-looking as we were to board an Arab bus. Instead I sidestepped the issue and told him that that bus was not going to Shilo.  Still, I had to agree with him. It was, and is, unfair that Arabs can board our buses without fear and we cannot do the same on theirs. Even at the height of the Intifada when suicide bombers were not an uncommon occurrence many Arabs freely boarded Israeli buses. Still today, after a sleeping Israeli soldier was recently stabbed to death by an Arab terrorist on a bus in Afula, Arabs continue to ride our buses without fear.
The terrorist was apprehended, arrested, and since there are plenty of witnesses to his crime, will most likely sit in jail for a number of years. While sitting he will be able to receive a college education by correspondence courses. His family will receive a stipend from Hamas. After a while he will probably be released from prison as a goodwill gesture and be given a hero’s homecoming in the Arab world. Unfortunately, there are many outside the Arab world, including many Jews, who see this young terrorist as a freedom fighter. How unfortunate that these Jews don’t have a better understanding of reality.
How many of them have taken a good look at the map of Israel and seen where Afula is?

A small city, Afula, was founded in 1925 and was the first planned urban settlement of Jewish Palestine. It is located in the Jezreel Valley at the junction of two main roads leading north to the Galilee. Never was it in the territory of what is called The West Bank. Obviously the young terrorist wasn’t trying to liberate lands “captured” by Israel 1967. Rather he was trying to murder Jews and destroy all of Israel.
Do these Jews ever read the Torah, the basic core of Judaism? Do they know about verse four in Genesis, Chapter twenty-six? And I will increase your seed likes the stars in the heavens and will give your offspring all this land…This promise of the Land of Israel was made to Isaac, not Ishmael. G-d’s promise to the Jewish people is reaffirmed over and over in the Five Books of Moses.
Have these Jews learned Middle East history? Was there ever an autonomous Arab country where the State of Israel exists? If there is indeed a Palestinian people, why do they need the Land of Israel for a country? Why not take territory from Jordan, Lebanon, or any of the other twenty countries of the Arab League?
When these Jews hear current events do they only listen when Israel is mentioned? Do they pay any attention to what is going on in Syria, Egypt, and the rest of the Arab countries? How many civilians are being murdered there? When will their violations of human rights end? Why are civil wars and uprising the norm for them? Can’t they understand that Israel is not the problem?
My son, as a little boy, was one hundred percent correct. It is not fair. It is not fair that Arabs can ride our busses without fear and we cannot ride theirs. It is not fair that the world believes all the lies of the Arab press. It is not fair that the UN condemns Israel over and over and ignores scores of injustices.
Despite all of this, I believe that we will see fulfillment of the continuation of verse four in Genesis, Chapter twenty-six. And all the nations of the earth will bless themselves by your offspring. It may not be fair, but HaShem expects the Jewish people to be on a higher level than the rest of mankind. I believe that when we all fulfill His vision we will have true peace and all will be fair.
Posted by Ester at 5:26 PM

Succinct and more than fair assessment.

Thank you, Ruti. It is so nice to get comments from someone I do not know.