Last Friday afternoon there was a horrific car accident on the highway some twenty minutes from my home. The roads were closed and traffic was rerouted. Slowly word wafted in that the accident had been between two cars driven by Arabs. Several were dead. Who was on hand to aid the victims and help the survivors? Israeli soldiers and emergency workers. I wonder if anyone living outside Israel heard that story.

Also last Friday I read the email my cousin sent in reaction to my blog about the cruel terror attack that had happened earlier in the week. Her comment, I always check the Israeli papers because it was not reported anywhere around here, filled me with resentment.  Hurriedly I sent a link to that article to almost everyone in my email address book. I wanted everyone to know about the murders happening here!

Of course, someone could respond by reminding me people get murdered every day in America and it’s not reported on the Israeli news. This is true. However, those murder victims are not being murdered for the sole reason that they are Jews. And there’s a mighty big difference between murder and terror.

It is being reported, though, that there’s a tremendous rise in anti-Semitism and even more in the amount of condemnation of Israel. How can we expect differently from the world if they do not know what’s going on here?

If they don’t know that young men can be gunned down by terrorists on their way home from an innocuous activity like playing basketball or going hiking. And if they don’t understand that a couple on a date can easily be rammed down and murdered by a terrorist driver. If they don’t realize that many Israeli citizens spend much of their life racing for the bomb shelter because of the constant rockets sent from Gaza. 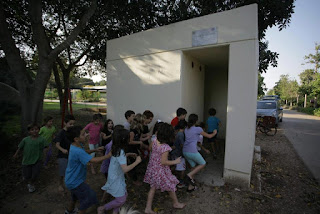 If they don’t have these facts and scores of others then it’s a small step to look at Israeli defense as war crimes.

Seventy years ago the majority of European Jewry was obliterated from the face of the earth. When the concentration camps were liberated the main reactions were we didn’t know. Maybe they did or maybe they didn’t. The Holocaust was eons before computers, internet, i-phones, and skype.  Now there’s no excuse for not knowing. And those who want to support Israel are obligated to plug into Israeli news sources. They are responsible for sharing that news with the world whether it’s via facebook, what’s app, or just plain conversation.  They need to tell the heartwarming stories of Israeli doctors saving Arab children’s lives. They must also tell the heartbreaking stories of terrorists taking Israeli children’s lives.

Israel exists for the protection of every Jew. Every Jew needs to protect Israel. Sign up for a reliable Israeli news source today.

Ester, your blog is very true. As that cousin, I constantly post every terror act and every act of the usual valor of Israeli soldiers and health care. I want people to know the truth and I know I am the source for that truth to many non-Jewish people. That is why I closely watch the Israeli news and make sure all know the TRUTH about our Jewish State!
Esther

Thank you so much!

This post has been included in the very latest edition, Shiloh Musings: Pinchas, Let's Take a Stand, Havel Havelim